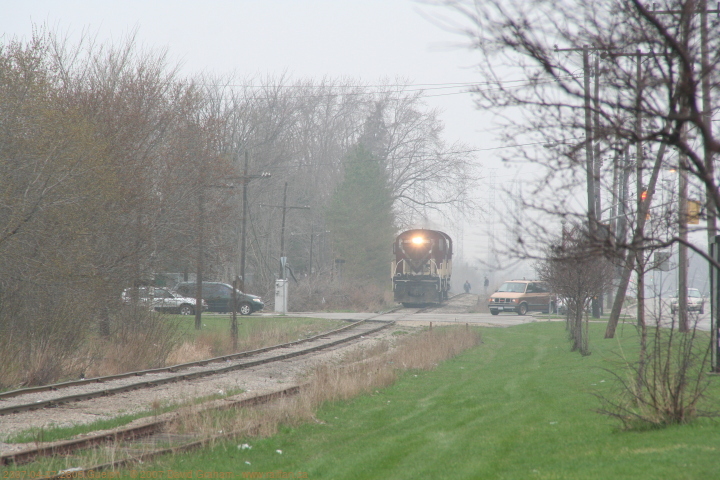 GEXR and PNR crews continued their efforts to put GEXR #580's derailed cars back on the tracks. After another whole day of work, three cars remain derailed -- all the ones that were still derailed last night -- GEXR 3835 is dead, a pair of cranes are on site, part of the grade crossing is ripped up, and a covered hopper has been deposited into a hole left by a removed tie, unlikely to move again any time soon. Calling Hulcher might have been easier...