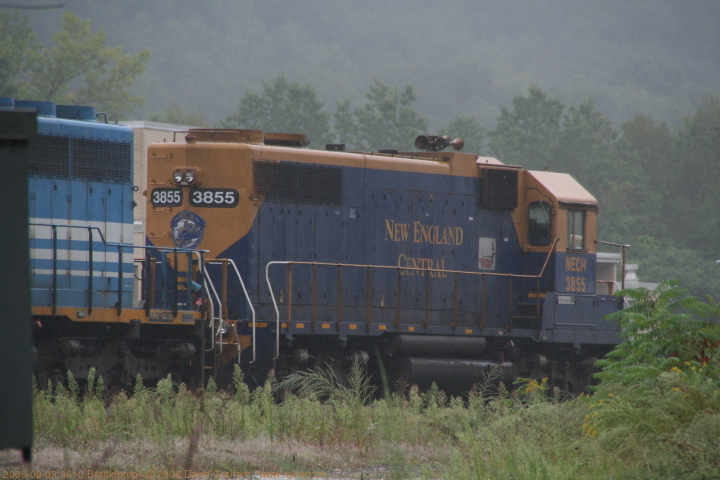 An EOT device was blaring on the scanner all day in spite of Labour Day. Eventually I went down to the yard to see what was there. NECR #611, three units light power, was parked and remained so for around a day and a half (from the night of the 2nd to the morning of the 4th).