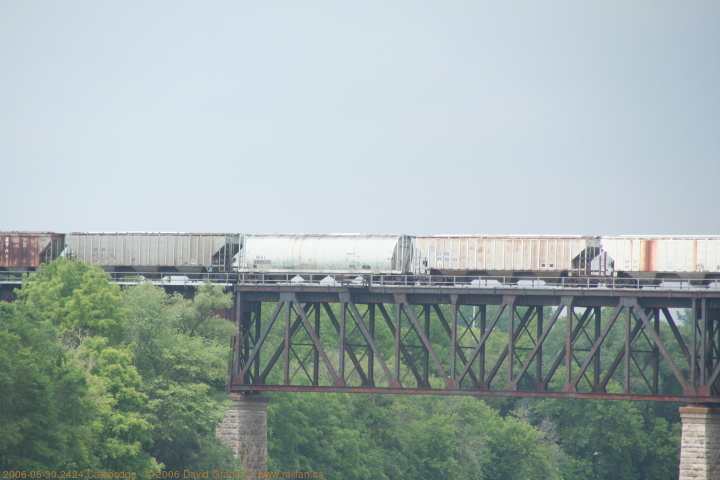 As a result of severe flooding in New York, Pennsylvania, and parts of New England, many detour trains are running on the CN and CP in Canada. We caught CSX #Q380 at the Galt bridge in strong storm lighting.