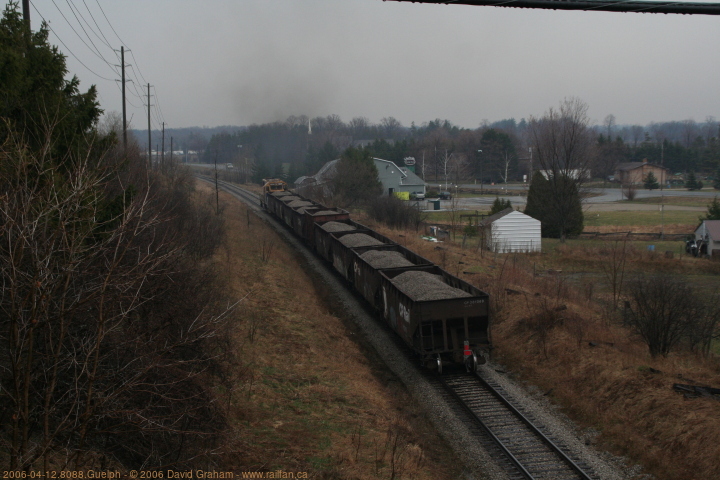 An extra train was heard coming to Guelph and I went to investigate in spite of the rain. GEXR 3856 showed up with 9 ballast cars and met VIA #85 in Guelph. I shot it at Guelph station and Jones Baseline, getting #85 at Cityview Drive on the way there. No videos, I didn't particularly want to risk 2 cameras in the rain.