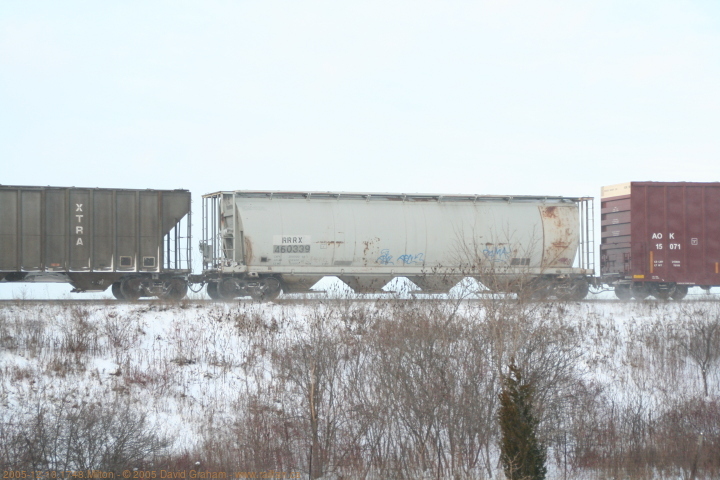 Laura and I got up rather early to go see the morning 'rush' on the CP Mactier sub outside Vaughan Intermodal Terminal, encouraged along by a mailing list message suggesting CP #106 would have an ES44AC GEVO leading. We also knew CP #230 had CP 5863, the last large multimark I needed from CP's active fleet. As we were getting ready to go, we heard CP #230 get its clearance to Hamilton and so we went to Guelph Junction to see it before it left. We saw it there but it was still too dark to shoot it, so we went to Hamilton West and waited for it there, where we saw NS #327 and CN #392. We then worked our way toward Vaughan, catching CN #399 and #385 around Milton. We finally got to VIT but never did see CP #106 -- it was still not in the area by the time we left. We did, however, see CP #103 and #105 both with SD90s and the former with a different ES44AC GEVO leading than we headed out expecting. To finish it off, we shot OBRY doing excursions at Inglewood on the way home.