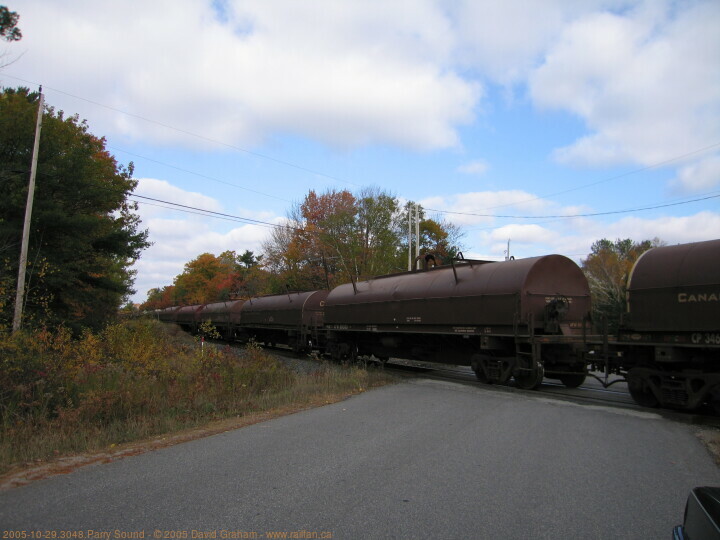 (map) Parry Sound is about 220 km North of Toronto on highway 400, which is itself still under construction. CP and CN's tracks are very close on both sides of town and in a few places nearby and a thousand-foot bridge through town on the CP adds to the general railfan appeal of the location.

Laura and I went up to Parry Sound to see what we could find in the land of Canadian domestic trains where CP and CN are close to eachother. I was a little disappointed by the three locations I found where CN and CP were so close together that travelling between them was not necessary, but found a number of locations where one or the other track looked nice. The sun skunked us on virtually every train, becoming obscured just long enough for the engines to pass, but giving me wonderful lighting for countless intermodal containers... Among the interesting stuff we saw was both NS and CSX foreign power, a string of CP boarding cars, and an apparently brand new GO transit bi-level coach.