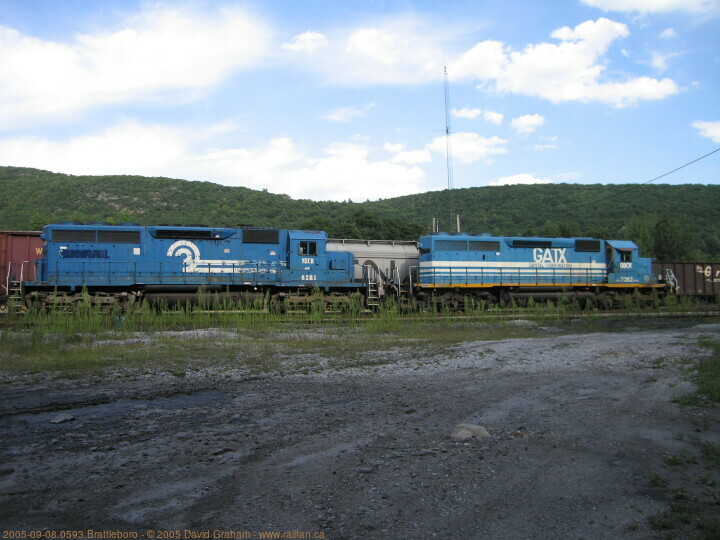 We got up early and checked the NECR yard in Brattleboro. NECR #324, which we saw on the 7th, in both St. Albans and Milton was parked on the track nearest the road with no crew. It remained there for the rest of the day, not starting up until around 20:00. Meanwhile, we heard an NECR train head north through town but did not get to it on time, and missed both the north and south-bound Amtrak, but later in the day heard WJED - the Guilford train from White River Junction to East Deerfield yard and we caught it both in Brattleboro and again, after running some errands (GRS tracks in the area are limited to 5-10 mph) in Bernardston.