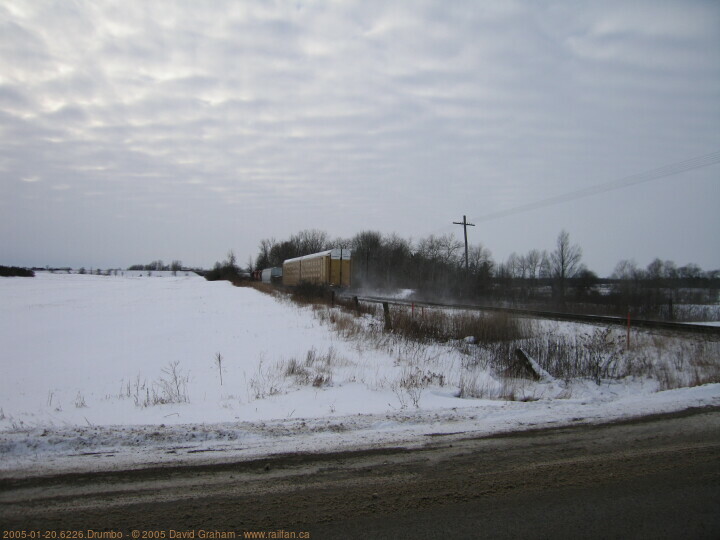 (map) North-West of Brantford, Drumbo is the site of the long-abandonned Drumbo sub, but the CP Galt sub passes near town and it has a couple of good spots to shoot from.

CN seemed like a good place to go, so I spent a few hours at the Ingersoll Via station. On my way home, I saw an approach signal under the 401 and went up to the first crossing South of the highway to catch Ham turn and its whopping 22 axles.