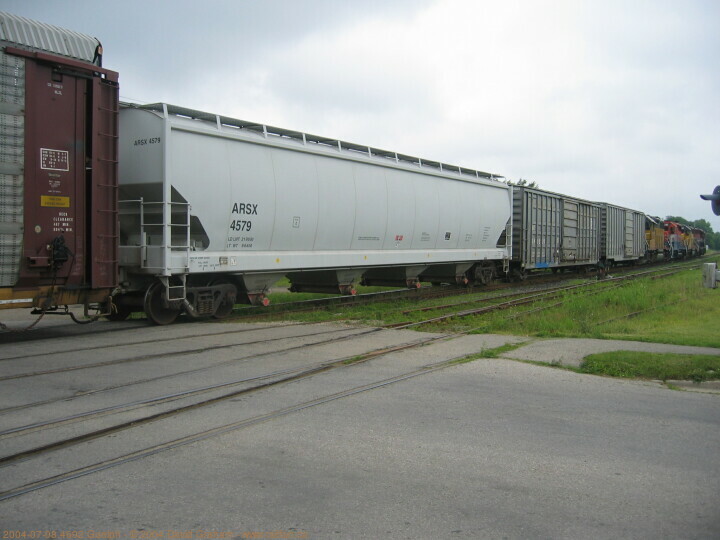 We had reason to believe that GEXR 432 may be carrying the long dead 177 and 901 GP9s that had spent a long time parked in Kitchener and been moved on July 7th into Kitchener yard. When the train did finally come, it had neither the GP9s nor the CSX engines it had recently been sporting, but was exceedingly long.