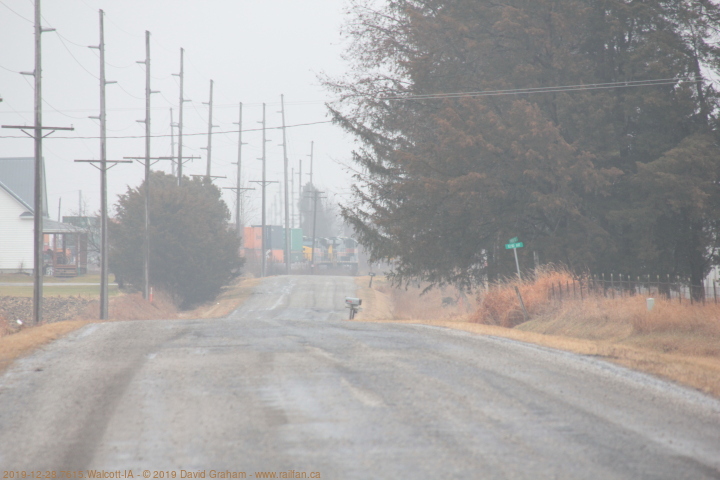 Walcott is the first town west of Davenport on the IAIS.

We followed the Iowa Interstate (IAIS) from Davenport to Omaha, catching an eastbound intermodal and ethanol train almost immediately, and parked but noisy power with a work clearance but not moving at Newport. We finished the day at the west end of the line watching headlights reflecting off the sides of nearby freight cars without the power ever actually materialising, to the amusement of a friendly railway security officer.