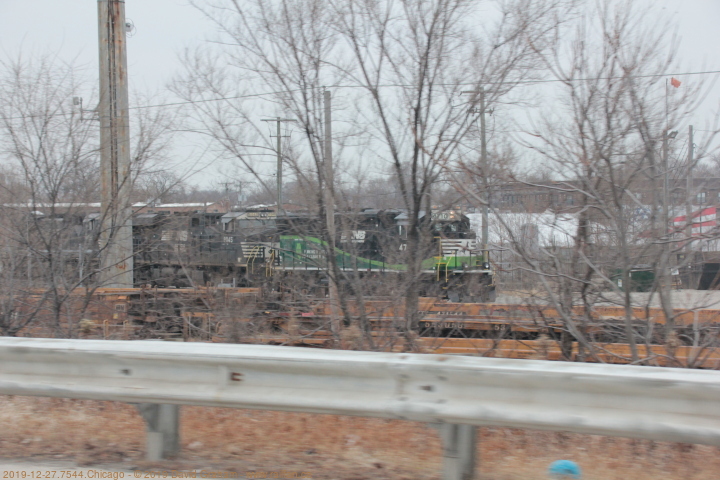 Chicago is without a doubt the rail capital of North America, but it does require some preparation to explore and a lot of patience to deal with what passes for traffic flow in the city.

Railfanning Chicago is rather like shooting fish in a barrel if you handle the city itself. I am a country boy and so it isn't really my cup of tea. We did manage to catch a little bit of action as we entered and exited the city for (non-railfan) touristy reasons, although the day was off toa slightly bad start when I followed a different line from the one I thought I was following out of the city: with an EOT squawking away nearby but no sign of the train it was attached to, we admired the diamond at Stillwell for a few minutes before carrying on.