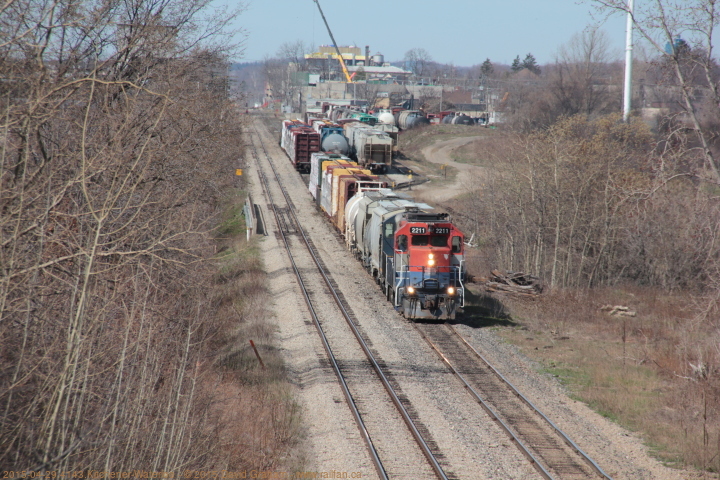 In Guelph for the nomination meeting, I took a few minutes to go shopping in nearby Kitchener and found 432 working in the yard. Returning to Guelph, we found 580 waiting on the Goderich sub to get past a work block.