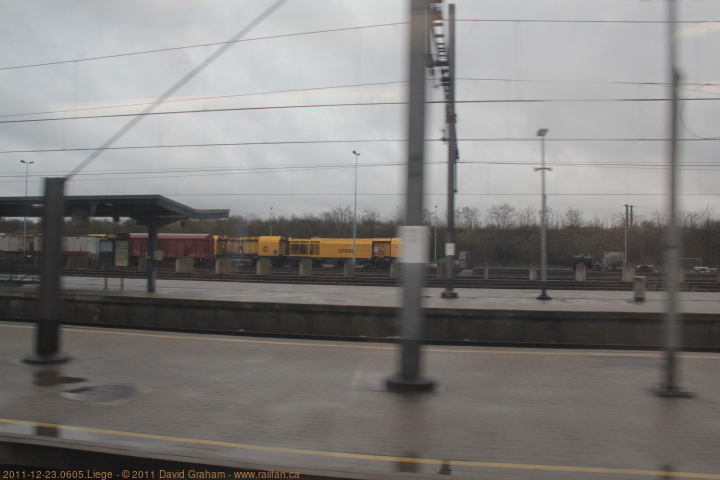 Liege is near the Belgian-Dutch-German border.

Walked to London-St Pancras International for the 8am EuroStar to Brussels. I was hoping to have some time to explore both the train and the platform, but was surprised to discover airport-style security and procedures at St Pancras and so was not able to get a shot of the EuroStar either there or in Brussels. The Chunnel was... well, dark. And my seat on the EuroStar was marketed as a "window" seat, but it had a pillar between the large windows and so I could not see out. It was fairly anticlimactic and I ended up sleeping most of the trip instead. In Brussels I watched trains come and go at the station, finding them dirty and unattractive. I caught the ICE at 14:25 to Cologne, where I got off the train, walked across the platform, and boarded the train to Duisburg that was leaving so soon I was moving before the ICE that I had gotten off!