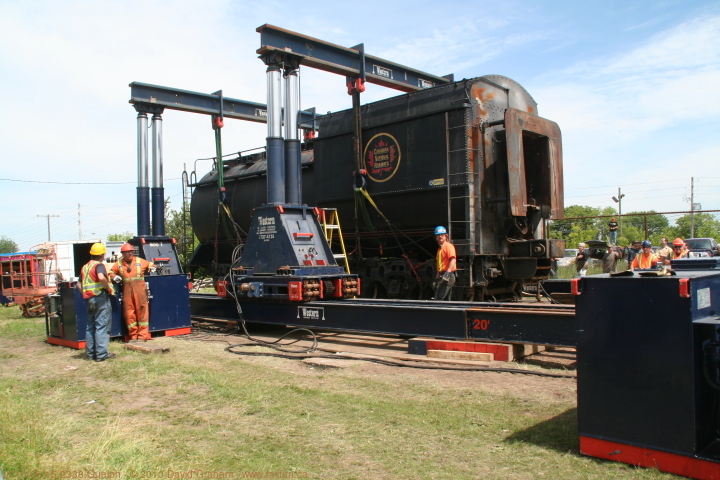 With only a few days left before I moved out of Guelph, CN 6167 was finally moved across the tracks to its new home as part of the city's new Transit Hub. I was only able to watch a few minutes of the progress.