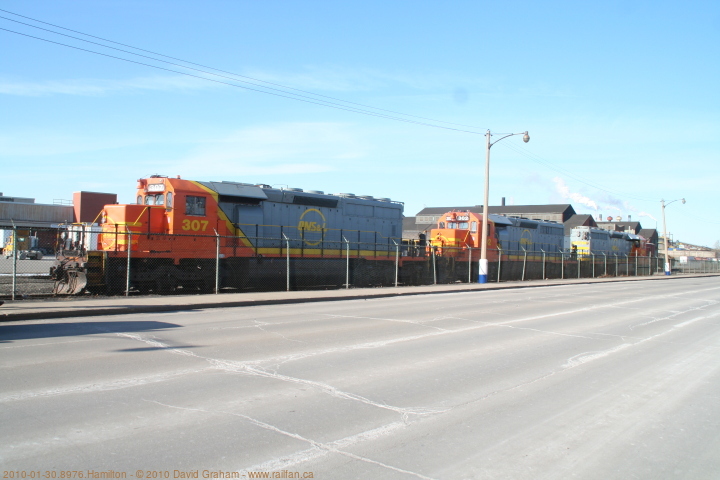 (map) Hamilton Ontario is an industrial region on the tip of lake Ontario.

Steve needed to go down to Hamilton to pick something up, so he picked me up and we hit the Steel City's industrial tracks. We shot 3 QNSL SD40s parked in the harbour area, CP 426, CN probably 421, and SOR working at Stelco with three geeps. Not bad for an unplanned outing!