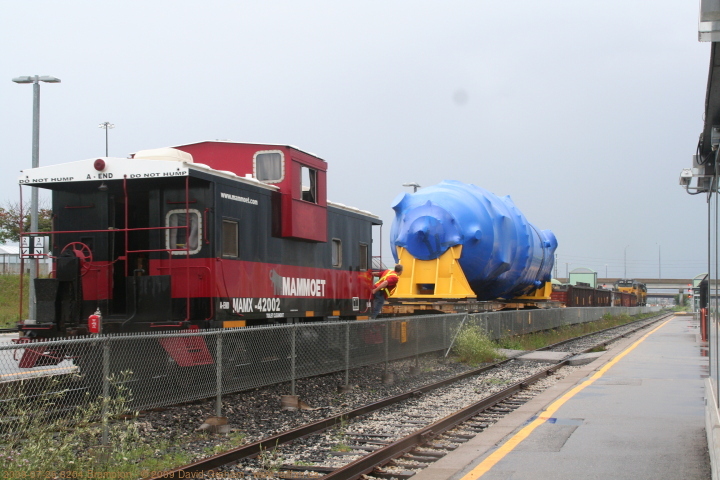 (map) Brampton is mile 15 of the CN Halton sub and mile 8 of the Orangeville-Brampton Railway (OBRY) shortline.

A 'blue banana', a Babcock and Wilcox 505-ton steam generator component, the first in about 5 years, spent 9 days sitting in the yard at Guelph. I received a report shortly after waking up in Parry Sound that it had left Guelph at 08:40. With the help of MDC, I was able to intercept it at Bramalea GO station with about one minute to spare. It spent the rest of the day winding its way down to Toronto harbour. While I had originally planned to chase it, the extremely bad weather dissuaded me.