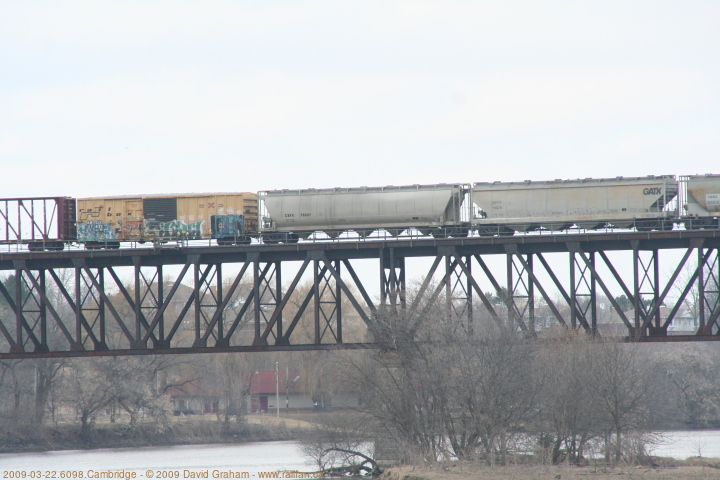 We took off on a cloudy morning to Guelph Junction, found silent tracks, and moved over to mile 30. CN 339 and 385 came through in short order and we took off back to Puslinch to see a 7000 foot 243 meet an eastbound. We didn't make it to Puslinch in time to get 243 arriving, and chased it to Galt where it had to set off two units. As soon as 243 cleared the bridge, the sun came out and remained out for the rest of the day, and, as a consequence, that was the last train we could find in four more hours out.