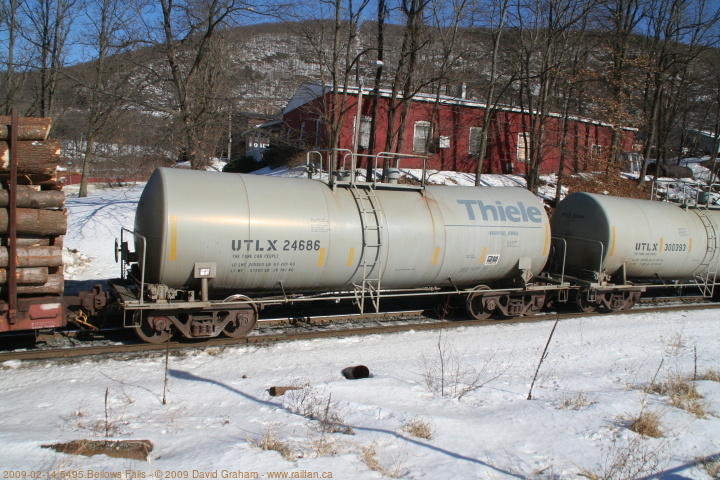 (map) Vermont Rail System member Green Mountain Railway meets the NECR at Bellows Falls. There is purported to be a GMRS Alco RS-1 here, as well. It is directly across the river from North Walpole, New Hampshire.

We started our day in Rouses Point, New York, where we found the D&H quite quiet. We crossed Lake Champlain over to St. Albans, Vermont, where the NECR showed equally little sign of life, so decided to follow the VRS through Rutland to get to Brattleboro, our destination. Not long after leaving Burlington, we heard two extras being set up to meet in Chester, Vermont. Being two hours from there we had lots of time to wonder if we'd see it, and along the way we were distracted by an SBU blaring around New Haven, Vermont. We knew we were near a train on the Rutland-Burlington line but after trying to find it unsuccessfully for a while, we pushed on, ultimately reaching Chester about an hour after the meet had taken place. We caught the westbound in the woods about 5 miles out of town, but didn't get ahead of the eastbound until Bellows Falls, where the train was headed.