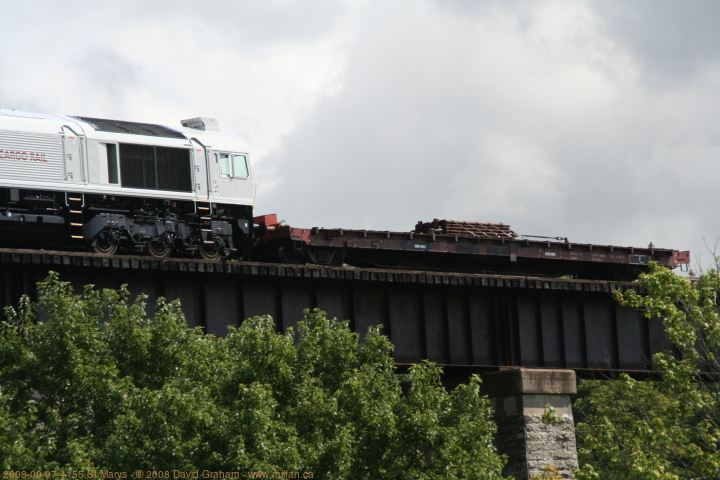 St. Marys is between Stratford and London on the GEXR Guelph sub.

With our by-election in Guelph cancelled by a Prime Minister who can't keep his word on anything one day before voting day in favour of a general election, I took off to London to chase an EMD extra with 17 JT42CWR locomotives bound for France and Germany.