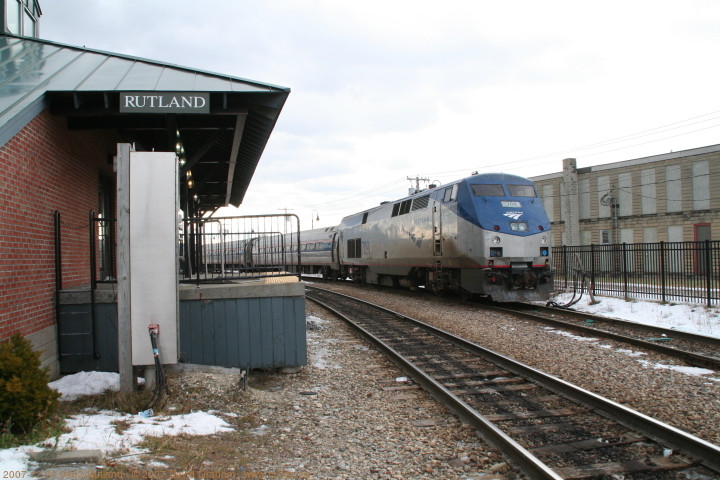 We left my cousin's house in Rutland after a lazy breakfast toward Brattleboro, our destination. We heard GMRC 263 and locomotive 801 that sounded like different trains. We weren't sure until we found 263 with 801 leading fairly far east in Chester, where we waited for them on finding rusty rails. A large cloud bank was rolling in rather suspensefully on this first day of sunlight on our trip. The train took a while to arrive in Chester - we overestimated how far ahead of it we were - and when it did come, it stopped just short of the shot I wanted for the crew to buy lunch in town. After a few minutes delay and some mercy from the clouds, we got our shot and then b-lined it to Brattleboro for our own lunch and seasonal family reunion.