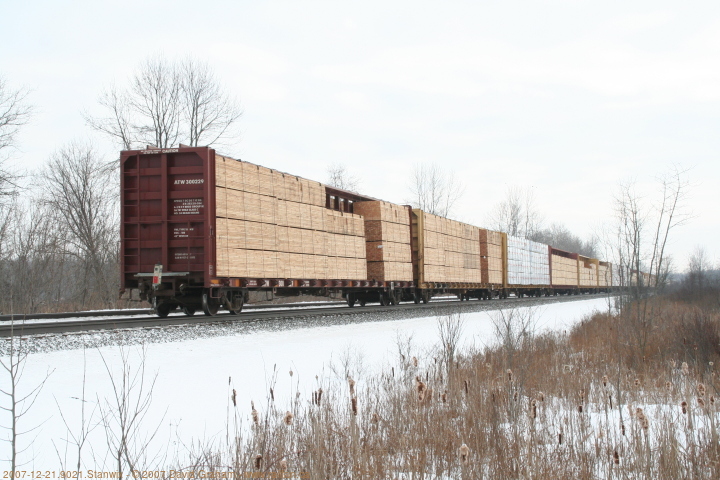 Stanwix is the home of Reber Rd, a decent spot to sit and watch the CSX line between Utica and Rome. The Mohawk, Adirondack, and Northern runs over the CSX from Utica to Rome by this point.

We started out in Oneida and headed straight for Reber Rd outside Rome in the community of Stanwix, New York to watch CSX trains while waiting for the daily run of the Mohawk, Adirondack, and Northern. It came after a couple of hours and we spent a few minutes chasing it in Rome after spending a lot more minutes trying to find it again. After that we returned briefly to Reber Rd., found the tracks dead, and proceeded to Utica. We went to see the NYSW dead line but found it completely obstructed by a long cut of high gons. We went back to the Amtrak station and shot a considerable rush, punctuated by the return of the MWHA with its lone C424 and 5 cars.