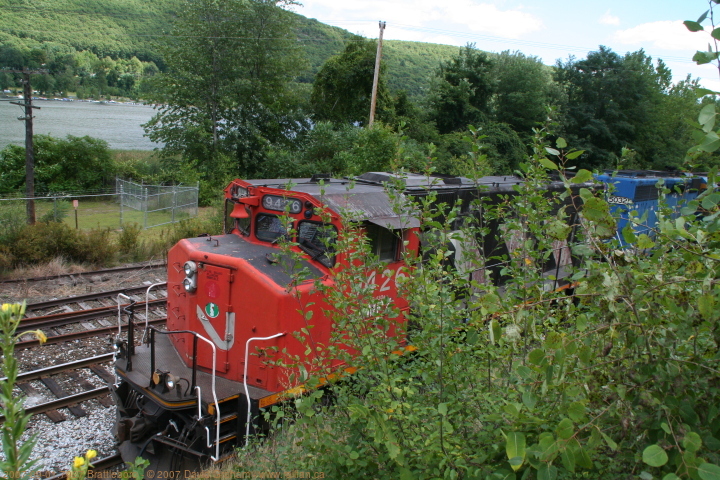 I heard horns as a train entered Brattleboro but didn't have the scanner on and so had no warning. After a few minutes it became apparent that the train was still in town so I went down to check it out and found NECR #323 parked on the siding in town with no crew. It didn't leave until around 2 the next morning.