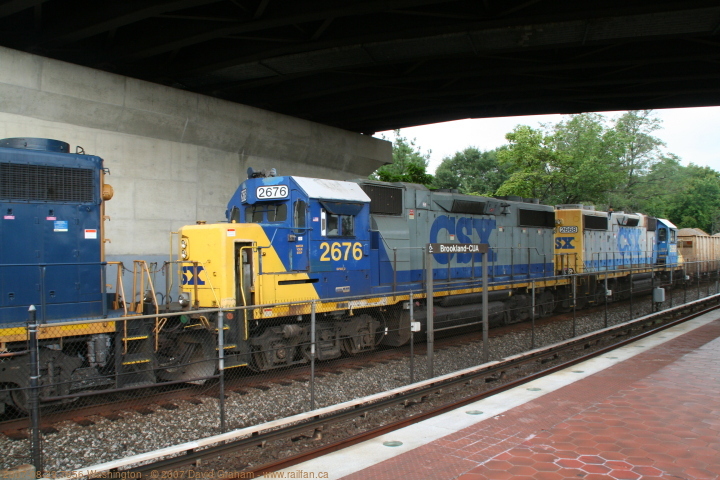 Washington, DC, is the capital of the United States hosting numerous busy passenger and freight lines travelling every which way.

We stayed at our friend's house in Silver Spring, MD and took the DC Metro into downtown Washington, DC. As the CSX tracks merged in with our Metro line, a 3-unit gravel train pulled up along side us. As the Metro is substantially faster than the freight train, we got off at a station along the way, shot the gravel train, and boarded the next Metro just a few minutes later. Although we passed a large passenger yard just before DC union station with a wide variety of very interesting equipment, we took no photos of the various equipment including an Acela set and several Virginia commuter trains we saw parked.