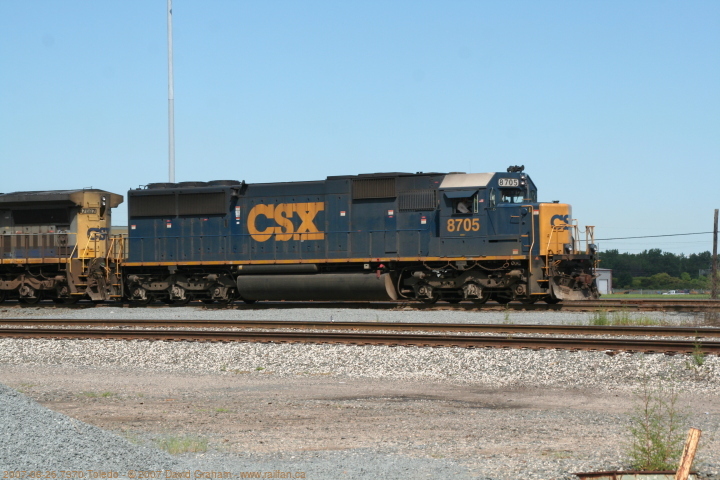 Toledo is a relatively large city on the Ohio-Michigan border at the western tip of Lake Erie, boasting several large yards and industries as well as the Ann Arbor railway shops.

After the last of the wedding celebrations in Ann Arbor, we headed for Toledo, Ohio in the afternoon and then to Alliance, Ohio to meet a friend in the evening. We found a lot of interesting stuff, mostly parked, in Toledo in the two hours or so we were there, and caught a Wheeling and Lake Erie train parked under the Interstate 80 overpass, which caused us to jump off the next exit and backtrack, in the town of Parkertown, Ohio.