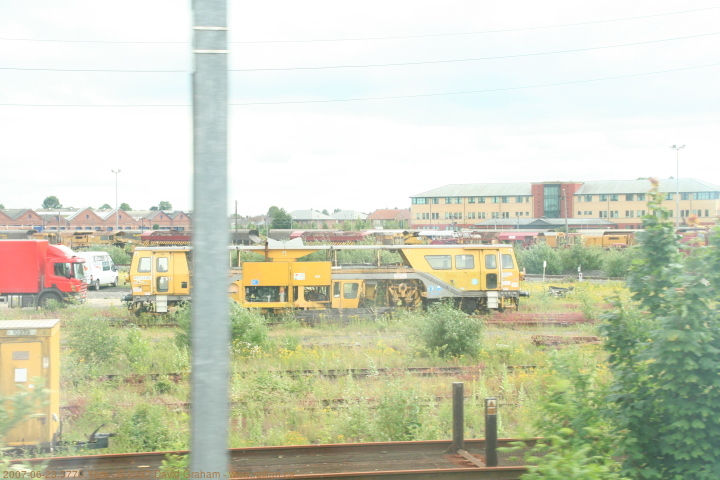 (map) York is a major urban centre in northern England.

We caught a Virgin train in the early afternoon at Edinburgh, Scotland and made for High Wycombe, England. On the way I tried to shoot anything interesting, catching my second Class 37 and my only Class 57 of the trip. Somehow we managed to see two of the rare Class 67s but were not able to shoot either of them in time. We transferred at Leamington Spa and made the whole trip in a little under seven hours.