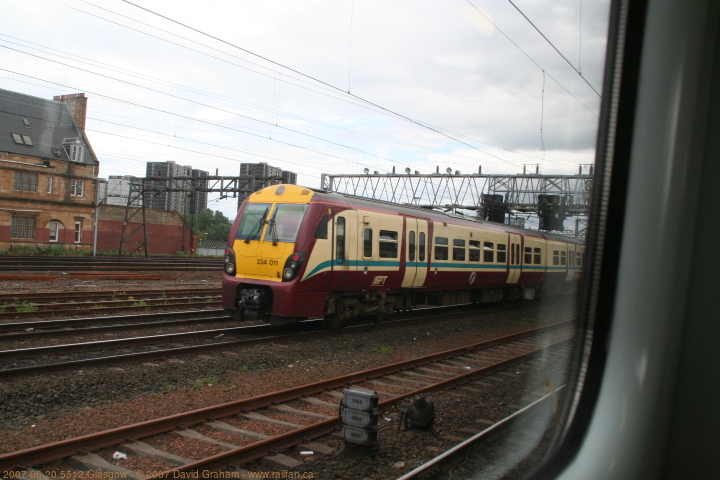 (map) Glasgow is about midway between Edinburgh and the west coast of Scotland and hosts two major train stations.

One day each DebConf the conference organisers come up with a day trip. This year 154 of us went to the Isle of Bute by train, leading to a series of entertainingly overcrowded trains on the journey. I shot out the window of the train and at the stations where we stopped and have rather liberally described the locations where those photos were taken as Edinburgh to half way to Glasgow, Glasgow covering up to Port Glasgow, and Wemyss Bay, the ferry transfer point to the island, for everything west of Port Glasgow.