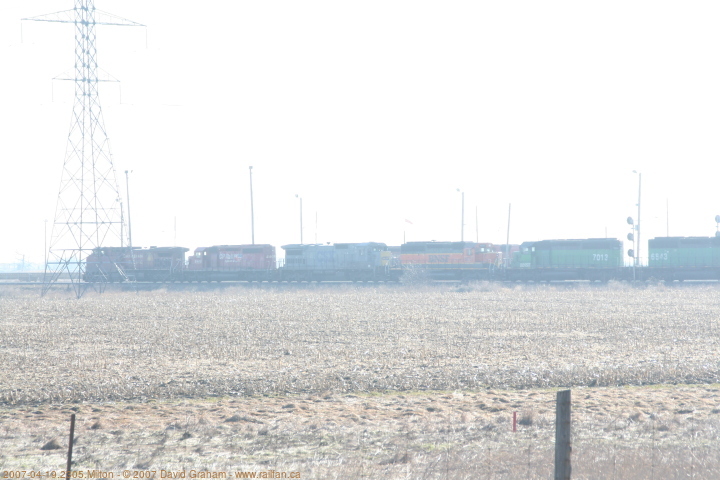 CP #138 had CP-CP-CSX-BNSF-BNSF-BNSF -- in perfect lighting. I didn't hear it on time though, and tore off after it beating it, for some definitions of beating it, to Trafalgar Rd in Milton, where #147 was crossing the crossing and met #138 just to the east of the crossing. I waited around a couple of minutes for #142 and came home.