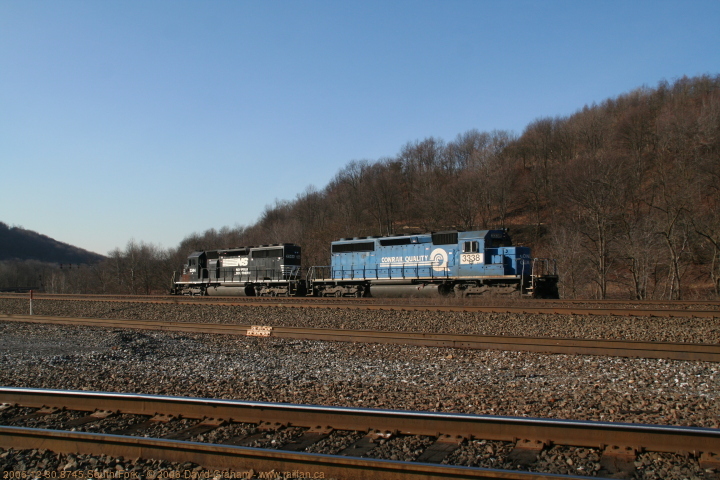 (map) Home of the SD80MACs, this junction on the NS serves as the service line for coal mines in the area, which are serviced by NS' few SD80MACs. It is about thirteen miles west of Cresson.