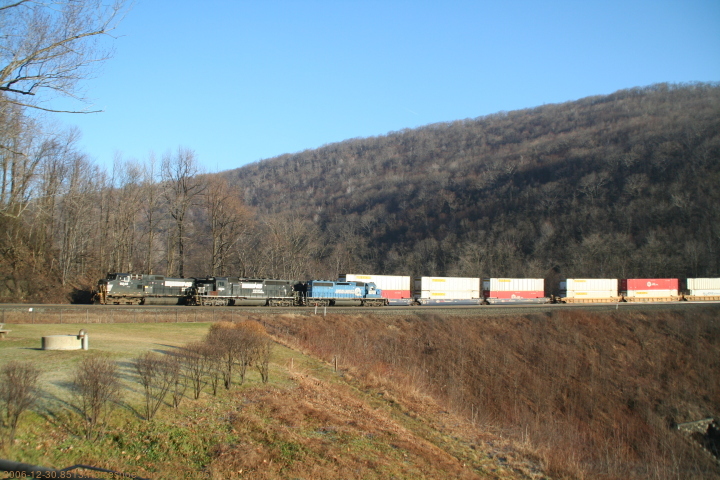 (map) Horseshoe Curve, just oustide of Altoona, is the site of a Pennsylvanian State Park and purpose-built railfan observation platform, complete with its own cable-drawn tram to get up to it. The tracks change in elevation by 122 feet as they go around the observation deck.