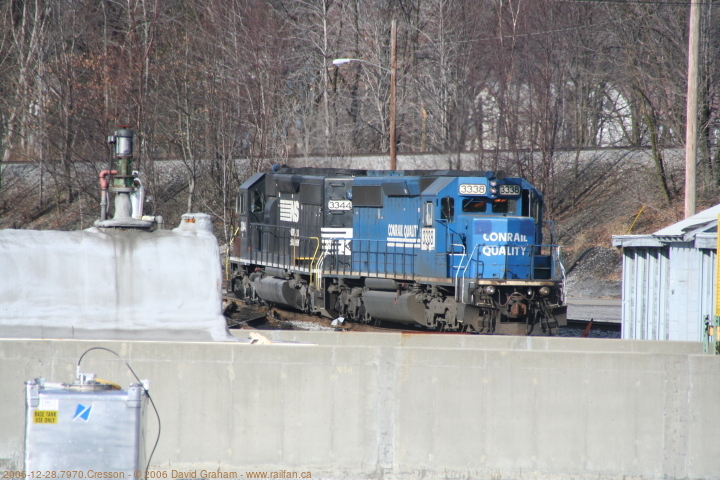 D&H 7303 led on CP Galt sub on the 27th, but we were on our way south at the time and could do nothing about it. We spent the 28th in Altoona picking up NS trains, catching 17 Conrail-painted units including one SD80MAC among many trains, stopping to see Horseshoe Curve, Cresson, and surrounding sites... More to come!