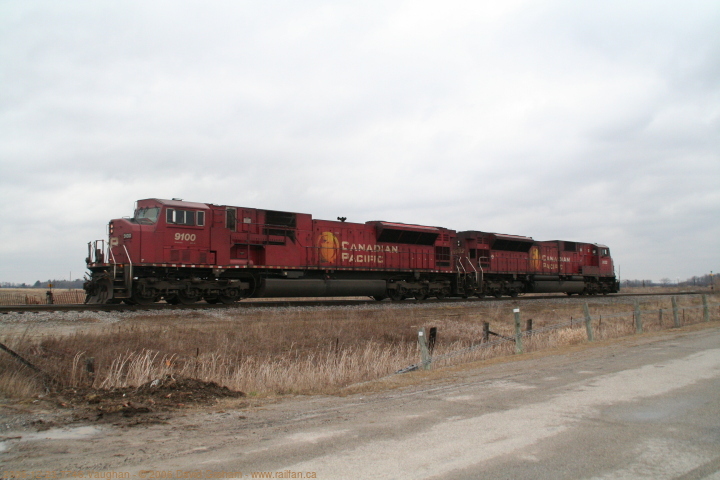 (map) Vaughan is just South of Bolton on the CP Mactier sub and is host to CP's Vaughan Intermodal Terminal.

We went to the Halton sub hoping for CN #278. We caught CN #271 at Silver Junction in Georgetown, CN #278 at Brampton GO station, then, with nothing else in the area, wandered up to Vaughan Intermodal Terminal to see what was happening there. CP #103 showed up shortly after we did with 5 AC4400CWs and 6 autoracks to pick up its intermodal cars, a yard job was working, and CP #104 took off with two SD90/43MACs light power. We returned home via Streetsville, where we just missed a CP eastbound, then headed to mile 30 where we caught CN #393 and #422, the latter being the only CN train of the day lacking foreign power.