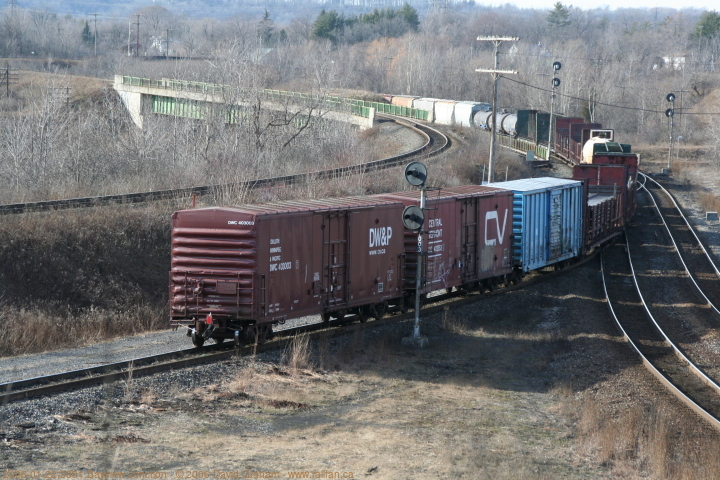 I wanted to see CN's new GEVOs, numbered in the 2200 series and likely to be forever lost to our various coasts for DPU service. We spent the day at Hamilton West catching 3 BNSF leaders and a CP GEVO leading a CEFX SD90/43MAC on the way home, but never did catch the CN GEVO we knew was supposed to come at some point. At one point during the morning, it had been so long since we had heard or seen any trains that we decided it was time to move West to Paris. As soon as we were committed to highway 403, 394 with its BNSF leader showed up on the scanner and we had to go all the way up to the top of the hill, turn around, and come back down, only managing to catch it at Burlington West.