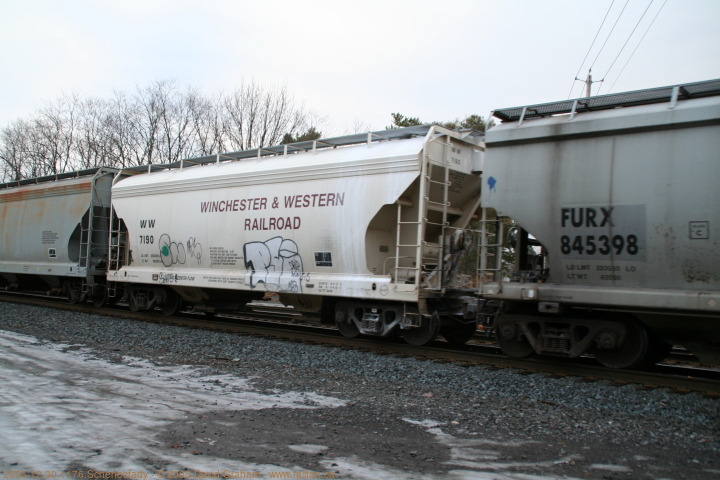 (map) Schenectady is adjacent to New York State capital Albany and is crawling with train tracks owned by the D&H (CP), CSX, and Springfield Terminal (Guilford) -- and people.

We slept in Schenectady, New York on our way home, hoping to wake up to find some Deleware and Hudson (CP) trains in the area. We did find one, parked inaccessibly in the distance. We found the overpass of the CSX and the D&H trackage at South Schenectady, shooting one manifest freight at a nearby grade crossing on the CSX. We then proceeded along our main goal of getting home, stopping at Utica to see (kind of) the NYSW and at Geneva to see the Finger Lakes Railway before stopping at Lyons to see some CSX trains before hitting the road as bad weather rolled in. On our way to Geneva, we passed a Finger Lakes train going the other way through Woodstock, New York, and pursued it West to nearby Seneca Falls. Its EOT sounds different from most and broadcasts on 160.205, so we didn't recognise it until we saw the train pass. CSX, for its part, mostly gave us intermodal trains with big GEs for power, reminding me somewhat eerily of CP! This concluded are 2 week travelling adventure ostensibly to see family for the holidays.