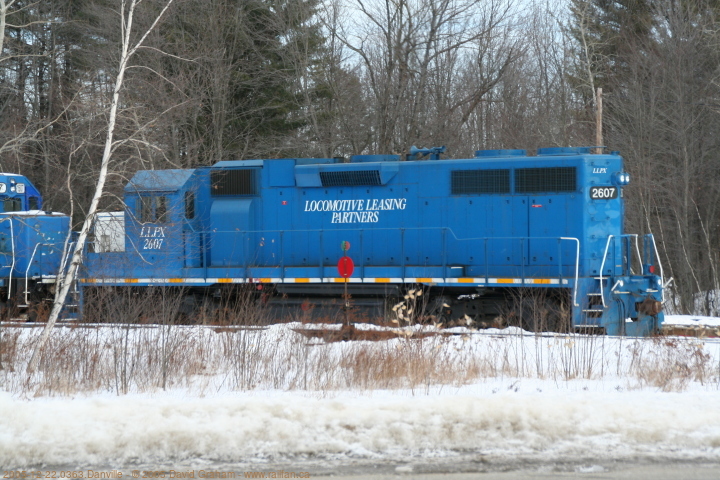 We slept in Lewiston, Maine with the intention of catching St. Lawrence and Atlantic's only daytime train we could be sure existed the next morning. We caught it and an MEC train at Danville Junction, and pondered how to shoot at the Lewiston Junction locomotive facility. Once we caught the SLR train we headed to eastern New Hampshire to see if we could catch the New Hampshire North Coast's gravel train, which we did - at Sanbornville.