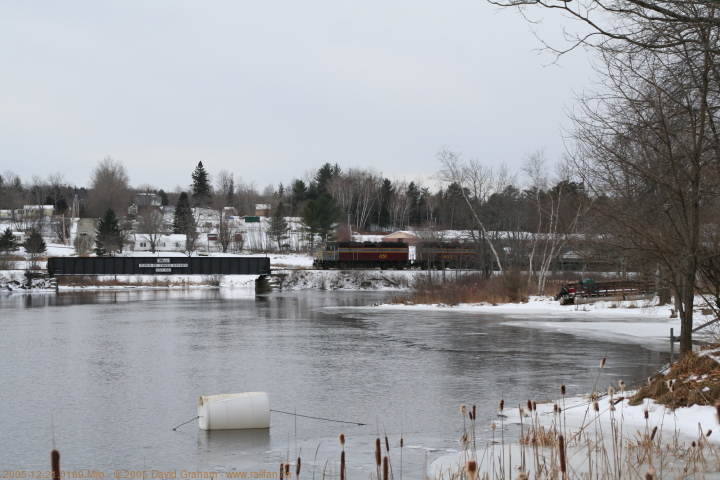 (map) Milo and Derby are sister towns on either side of a river on the MMA line, hosting the Montreal, Maine, and Atlantic Derby shops near Brownville Junction and about 40 minutesNorth of Bangor.

We got up in Bangor a little later than we'd have liked and headed up to Brownville Junction to see what we could find. We just missed MMA 8569, a freshly painted MMA unit, heading into the shops at Derby, but caught 2 MMA F40s and a variety of other interesting trains including NBSR over the course of the day in the area. We also met two area railfans who guided us through the day, and without whom we would not have caught much of what we saw, so thanks Kevin and Matt!