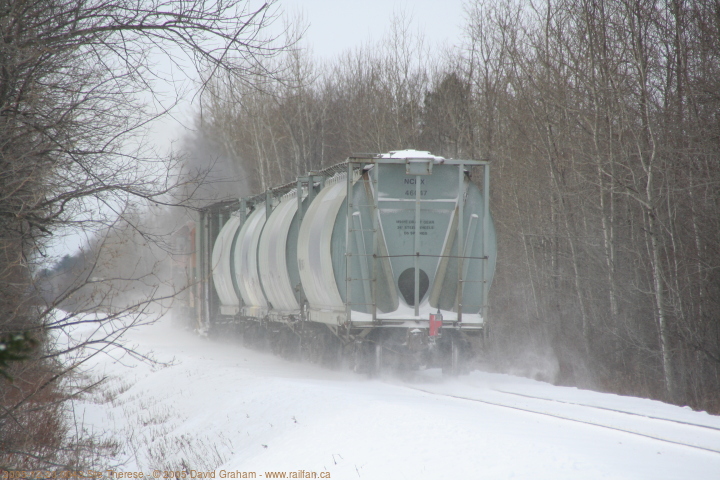 (map) This was the site of a GM car factory that manufactured the Camaro and the Pontiac Firebird until the end of 2003. It has since been torn down, though there is still a large CP yard there that interchanges between them and the QGRY. It also houses several Montreal transit commuter trains.

On our way South, we stopped to shoot QGRY's Job 27 on the Lachute sub. We caught it with 2 units and 5 cars.