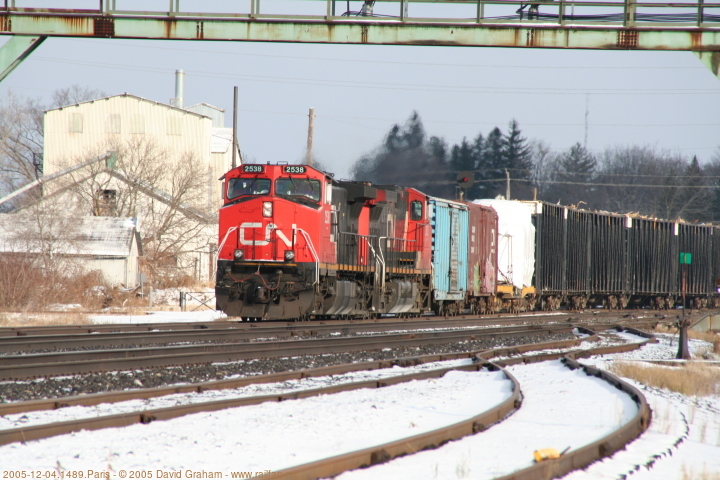 CN #784 was seen still sitting at Paris last night, so I went there to see if I could possibly get shots of it meeting the morning NS trains. When I got there, I found it was gone, but it had been replaced by a CN #785 on the other side of Paris Junction pointed westward. That train left a couple of hours later and, together with more foreign power (the norm now on CN around here) and a dimensional on CN #331 made for a good, if quiet, day. Oh, and I saw the CP Holiday Train!