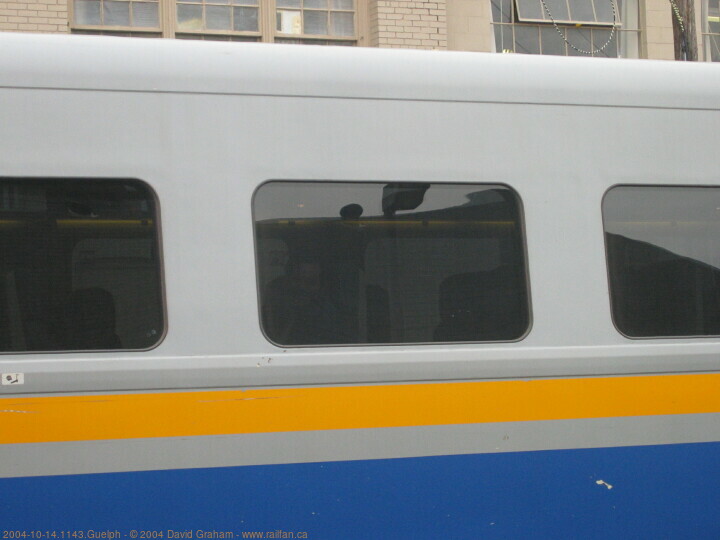 Description: A passenger on #85 waves at his girlfriend