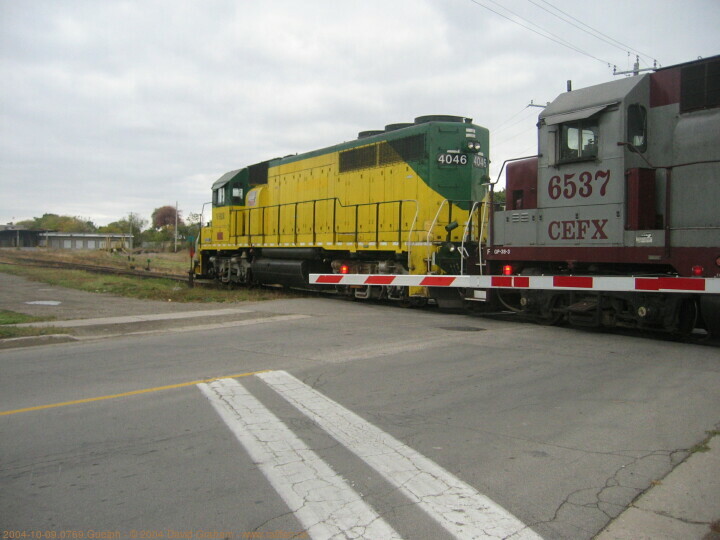 I went to CN Guelph Junction hoping to catch GEXR 432 with CSX engines, but instead got regular power... in a way I guess I kind of missed the regular power anyway, so that's not so bad. Later in the day I went looking for OSR. They were working late and I caught them heading from the interchange back to PDI after 18:00.