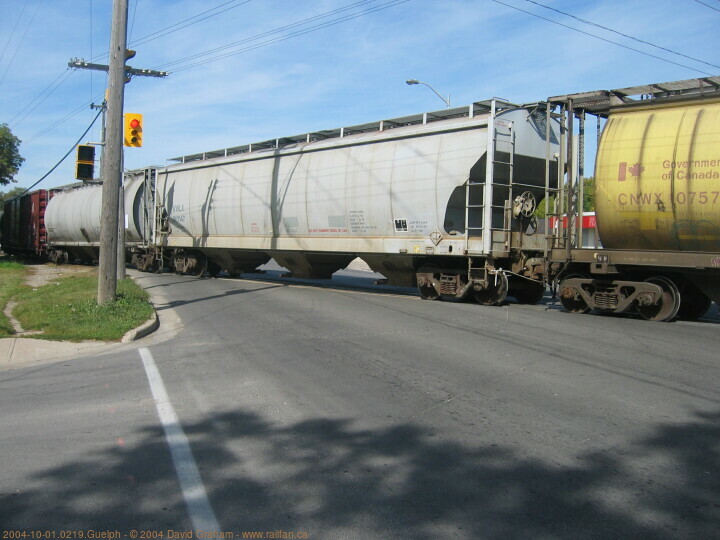 OSR pulled out a 12-axle transformer, put in an 8-axle, and switched around a pair of regular flats with transformers inside ABB. The 12-axle went to the interchange. 580 brought it to CN Guelph Junction almost immediately. 432 and 580 arrived at CN Guelph Junction at the same time. 432 took the 12-axle depressed flat with the transformer to Toronto. Total time from ABB to Mac yard: 3 hours. Total trains it went on: 3. Now *that* is fast service.