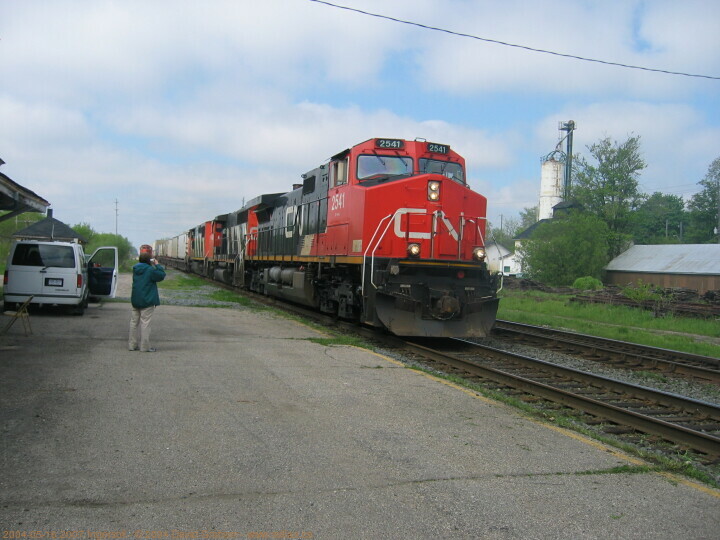 Laura, Steve, and I headed down to Ingersoll for a few hours. Among the highlights was an Ontario Northland SD75i on horsepower hour repayments.