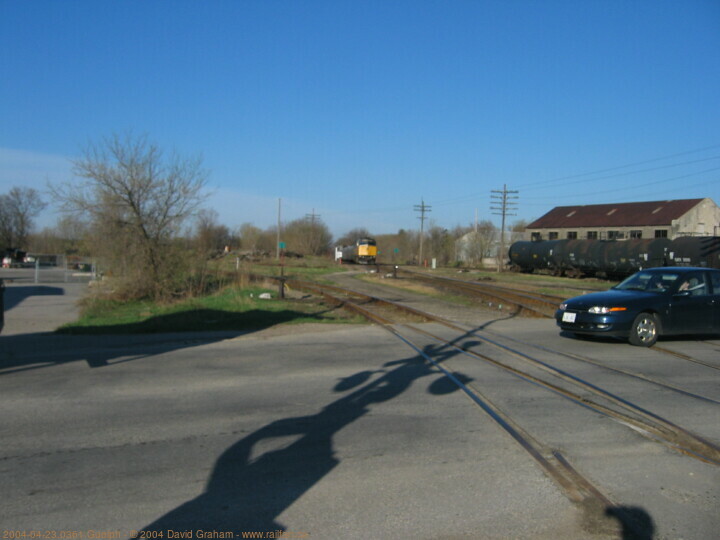 Description: Amtrak #85 leaves Guelph for the last time, its replacement in tow