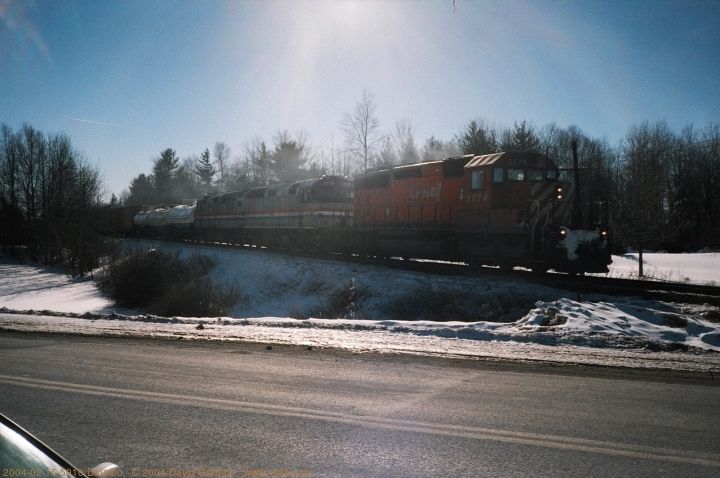 (map) North-West of Brantford, Drumbo is the site of the long-abandonned Drumbo sub, but the CP Galt sub passes near town and it has a couple of good spots to shoot from.

With my regular camera getting a new LCD at Canon, I borrowed Laura's point and shoot analog camera and got the pictures back a week later on CD. This is the result of one roll of film. We caught 2 ex-Amtrak MMA F40PHs and CP 9303 switching the Waterloo sub. Interesting day.