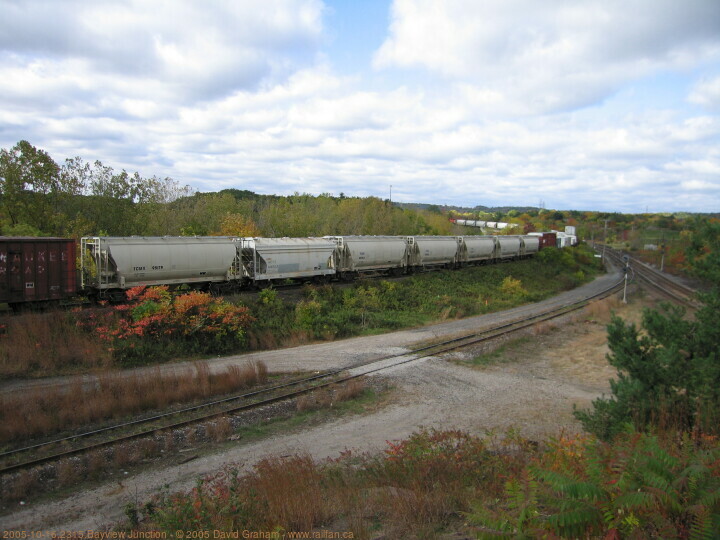 We got up at a somewhat ungodly hour and got to Hamilton West at about 06:50 am. Even at that hour we *still* managed to miss NS #327 and its two UP units by about 20 minutes. We caught a variety of trains around the area, the highlights being an NS horsehead unit leading NS #328, a cabless BNSF GP60B on CN #148, and an ex-SOO 700-series SD40-2 on CP #167 at both Hamilton West and Guelph Junction.