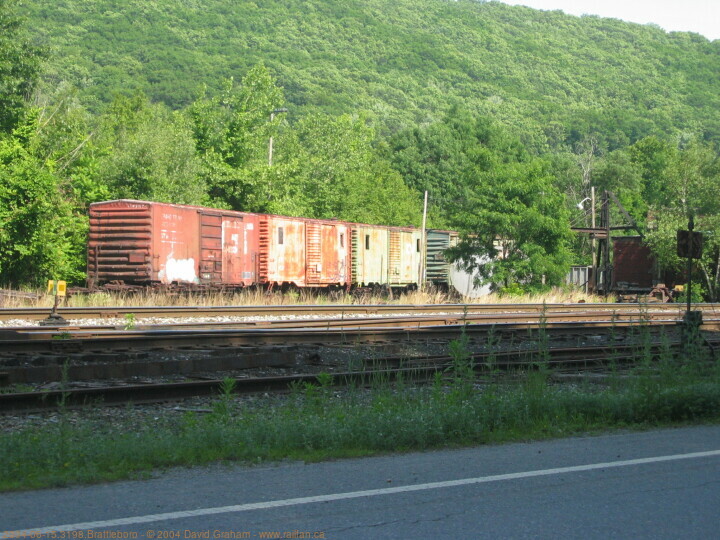 I wanted to catch Amtrak open hoppers parked in Brattleboro that I'd seen on the 14th without a camera handy. They were already gone! I did find the detector on the NECR line through Brattleboro. It's the first crossing out of the city to the West about 3 miles from town, at mile 116.